The Grootbos Foundation is a non-profit organisation, established in 2003 with the VISION of conserving the Cape Floral Kingdom and uplifting the communities therein

It is our MISSION to conserve the unique Cape Floral Kingdom, the region we call home; and to develop sustainable livelihoods through ecotourism, enterprise development, sports development and education.

We create sustainable project models which are replicable and scalable in order to assist the communities that surround us, and those in other regions. Many of our projects generate their own income and/or are partially self-sustaining, of which we are very proud!

The Green Futures Education programme relates to all education initiatives with a core conservation focus that engage with the community and empower individuals to participate in conservation and eco-tourism.

Green Futures Conservation relates to our conservation research programmes. These include award-winning ecological research projects, biodiversity surveys and management of human-wildlife conflict within a protected environment.

This continued and ongoing conservation work beyond Grootbos boundaries is setting a strong foundation on which to realise the vision of a Protected Environment.

Our Future Trees Reforestation Project works to rehabilitate the ancient Milkwood forests on the Grootbos Private Nature Reserve. Beyond Grootbos Nature Reserve, the Grootbos Foundation lends support to the Walker Bay Fynbos Conservancy and continues to drive efforts to conserve and protect the Cape Floral Kingdom.

Our flagship sports programme founded in 2008, works to promote sports and social development in the Overberg, an area with high unemployment rates and few educational, and developmental resources or opportunities.

Our Football Foundation provides daily coaching at 6 sites across the Overberg.

Established in partnership with the Premier League, the Football Foundation is a subsidiary of the larger Grootbos Foundation and aims to uplift communities by empowering individuals through accredited skills training and leadership opportunities. It works to promote education, health, social integration and participation through sports.

Siyakhula is our benchmark enterprise development and entrepreneurship programme. The projects within this programme focus on Early Childhood Development, food security and unlocking entrepreneurial potential.

The first 1 000 days of a child’s development is crucial and sets the pathway to the future. The Grootbos Foundation changes the future for children and adults.

Siyakhula has evolved since 2009 from our first ‘Growing the Future’ agricultural training project, into a far more comprehensive and far reaching career and employability-driven enterprise creation initiative. 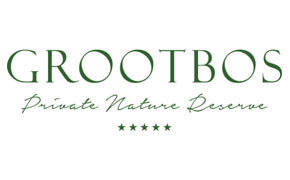 Home base (and mission control) for our Foundation is the world famous Grootbos Private Nature Reserve, a multiple award winning ecotourism destination. Grootbos is a five star ecotourism business that specialises in the remarkable terrestrial and marine biodiversity of the Cape region of South Africa. For nearly two decades Grootbos has promoted the region’s beauty, interpreted its intricate stories, researched some of its many secrets and developed a suite of projects focused on conserving this exceptional part of the world for posterity.

Our Foundation was established in 2003 by reserve owners, the Lutzeyer family, with the aim of simultaneously protecting the unique natural environment of the region, and also improving the lives of local communities in a concrete, sustainable manner. A core philosophy linking conservation with social development initiatives has made Grootbos a world leader in terms of sustainable and responsible ecotourism.

Our name is an Afrikaans word that translates as “large forest.” It is a reference to three ancient forests comprised primarily of endemic Milkwood trees (some of which are more than 800 years old) located on the Grootbos Reserve where we are based. The White Milkwood (Sideroxylon inerme) species is widespread in coastal forests and thickets along the southern and eastern coastline of South Africa, but this particular formation type is restricted to the Stanford-Gansbaai-area, with the only protected patches being found on Grootbos itself.

Our Foundation is non-profit and makes use of generous donations received from corporate donors and governmental organisations, as well as Grootbos Lodge guests and other private individuals.

Our funding is well supplemented by income generated by our various projects, such as our on-site nursery and landscaping businesses, and the sale of produce from Siyakhula Organic Farm. All funds are invested through the Foundation into implementing our conservation, sports and development projects.

The Grootbos Foundation is completely responsible for the management and facilitation of all projects in our portfolio. This model harnesses the practical expertise within our organisation and effectively delivers on the objectives of our partners – donors, funders and public bodies. Opportunities around corporate social responsibility and experiential learning can be crafted to ensure that donors derive maximum value; and we strive to employ a Public Private Partnership approach at all times.

This website uses cookies to improve your experience while you navigate through the website. Out of these, the cookies that are categorized as necessary are stored on your browser as they are essential for the working of basic functionalities of the website. We also use third-party cookies that help us analyze and understand how you use this website. These cookies will be stored in your browser only with your consent. You also have the option to opt-out of these cookies. But opting out of some of these cookies may affect your browsing experience.
Necessary Always Enabled
Necessary cookies are absolutely essential for the website to function properly. This category only includes cookies that ensures basic functionalities and security features of the website. These cookies do not store any personal information.
Non-necessary
Any cookies that may not be particularly necessary for the website to function and is used specifically to collect user personal data via analytics, ads, other embedded contents are termed as non-necessary cookies. It is mandatory to procure user consent prior to running these cookies on your website.
SAVE & ACCEPT
Manage Cookie Consent
To provide the best experiences, we use technologies like cookies to store and/or access device information. Consenting to these technologies will allow us to process data such as browsing behavior or unique IDs on this site. Not consenting or withdrawing consent, may adversely affect certain features and functions.
Manage options Manage services Manage vendors Read more about these purposes
View preferences
{title} {title} {title}